china, aviation industry
Airshow China 2014
Why the Chinese aren't hurrying to buy the Sukhoi Superjet 100
18 November 2014, Forbes Russia
Anastasia Dagaeva (text), Leonid Faerberg (photo)
On November 16, the tenth China International Aviation and Aerospace Exhibition, the only international aerospace trade show endorsed by the Chinese government, came to an end. The event was held in Zhuhai, known as the gateway to Macau for its border crossing, and only an hour's ferry ride from Hong Kong. These two cities, the first long under Portuguese control and the second under British rule, "absorbed Europe" through architecture, logistics, lifestyle and, finally, knowledge of the English language. Zhuhai, part of Greater China, tangibly demonstrates the contrary.
Airshow China attendees caution that the local population speaks no English and does not seem to understand road maps, and Google and Facebook are disabled. Visitors were forced to express themselves by gestures, facial expressions and pictures. Twice, Google and Facebook were briefly available, but access quickly vanished again. These minor inconveniences aside, the number of new cars traversing high-quality roads caught the eye, as well as convenient navigation aids such as the names of state institutions written in English as well as Chinese, overall cleanliness and a passion for gadgets of all kinds. The town gave such a good impression that I became even more excited about the Air Show.

We drive up to the show venue to find that a spontaneous market has materialized. Until you reach the venue entrance, you'll be offered watches, sunglasses, tangerines, weighty ears of corn, something in a frying pan that smells delicious… Everything is displayed on compact and mobile homemade shelves. The vendors, many with children, are active and noisy. And along the fence enclosing the airfield, aviation fans are seated, densely packed, including families with lunches packed in large bags. It doesn't matter that the first part of the air show - the business days – aren't open to the public. The show is open to everyone during the last two days. The Chinese visitors aren't frustrated: in the end, planes in the sky look great from any point, whether you're inside the show grounds or out. The entrance is crowded as well, but the long lines move quickly. It takes 15-20 minutes to pass security, registration, and even an express Ebola checkpoint (smiling female volunteers apply a thermometer shaped like a gun to each visitor's forehead – the first time I involuntarily recoiled from the thing).

The Chinese were well prepared for the China Airshow jubilee.
First, the opening coincided with the APEC summit in Beijing. Aircraft and presidents dressed in Chinese shirts flooded TV programs and newspaper headlines. Second, "public favorites" flew in, including a double-deck Airbus A380 and the Russian Knights aerobatic team in their Sukhoi Su-27 fighters. Every time they took off, the Chinese applauded enthusiastically and took photographs.

Finally, the Chinese aviation industry introduced two new products – a transport aircraft and a fifth generation fighter. The regional passenger ARJ21 (an analogue of the Sukhoi Superjet 100) flew every day of the show; and it was possible to walk around and sit inside a mockup of the new regional MA700 turboprop. Finally, the launch of serial production of the mid-range C919 was announced (it occupies the same niche as the "monsters" of the global aviation industry, the Airbus 320 and Boeing 737, as well as Russian MS21).
"Who will be the third aviation power after the US and Europe?" - This question has been in vogue since the mid-2000s. But the aviation industry has reached a new stage of development in Russia with the appearance of the United Aircraft Corporation (UAC) and AVIC (Aviation Industry Corporation of China) with COMAC (Commercial Aircraft Corporation of China) in China.
Top managers at UAC have repeatedly stated that the bronze belongs to Russia.
Of course Russia has experience in aviation -- more than the Chinese: it's fighters have enjoyed brand recognition since the Soviet era, and UAC's program for the production of the regional aircraft looks successful. While the Russian Sukhoi Superjet 100 went to a prestigious air show (its world premiere was at Le Bourget in 2011), received a certificate, and had ambitions to conquer the European market, the Chinese ARJ21 experienced many problems - from issues with the avionics, electrical systems, the chassis, and even cracks in the wing. Last year it seemed that the aircraft had virtually no chance to take off and gain certification. COMAC, the manufacturer of the ARJ21, admits that the project, which was launched 12 years ago, had experienced considerable trouble. But the aircraft has flown more than 5000 hours and by the end of this year should receive certification from the Civil Aviation Administration of China. In the regional jet and turboprop niche, China builds the MA700 (AVIC). Its predecessor, the MA60 flies not only at home but also in Africa. 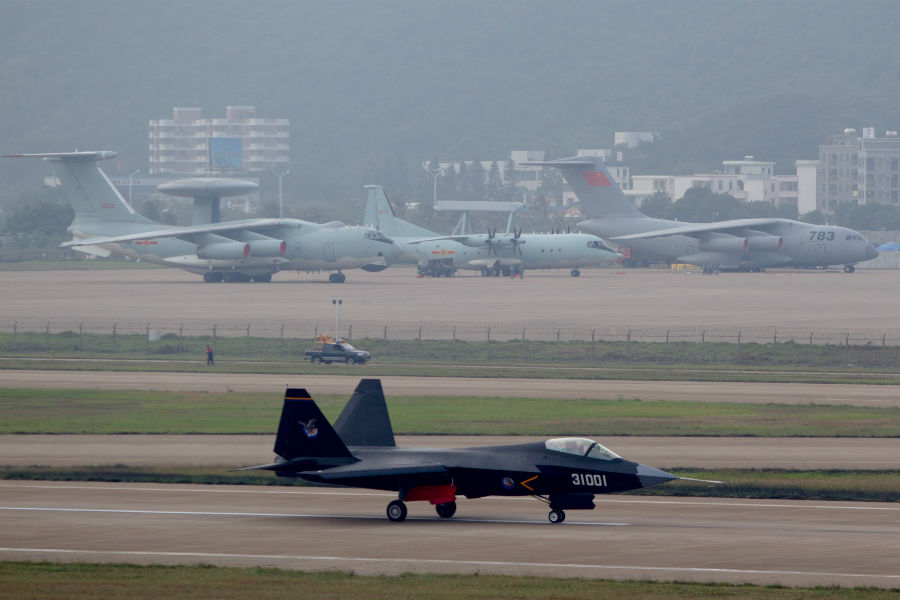 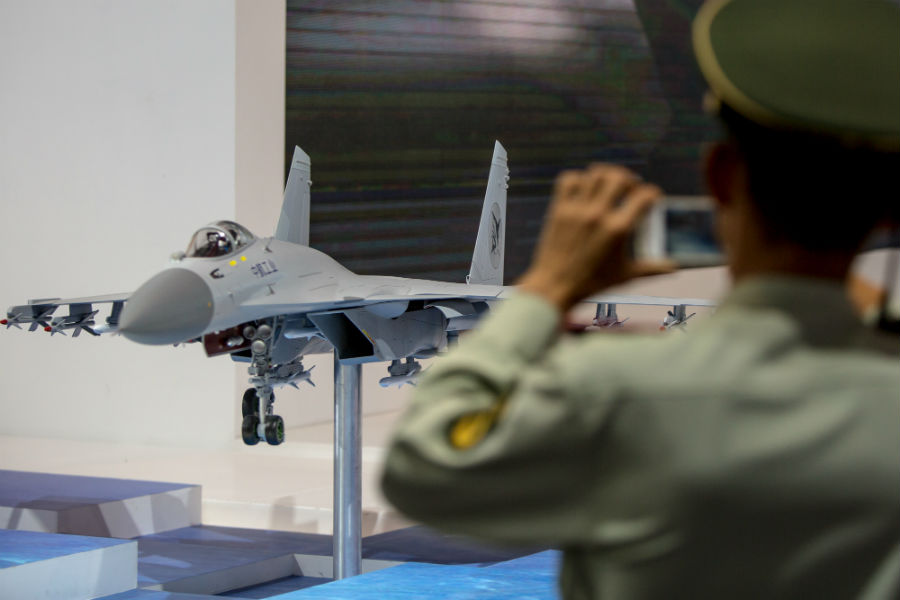 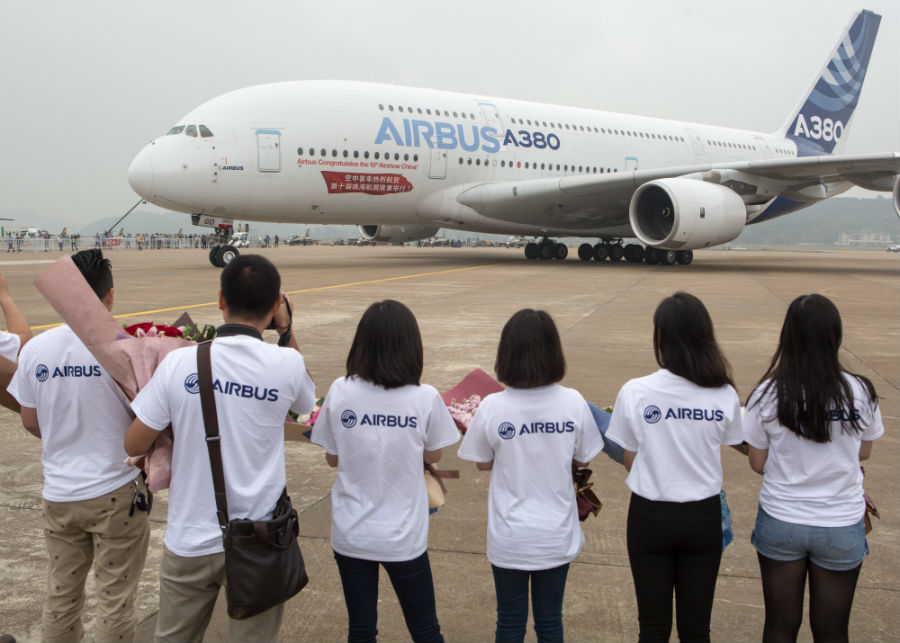 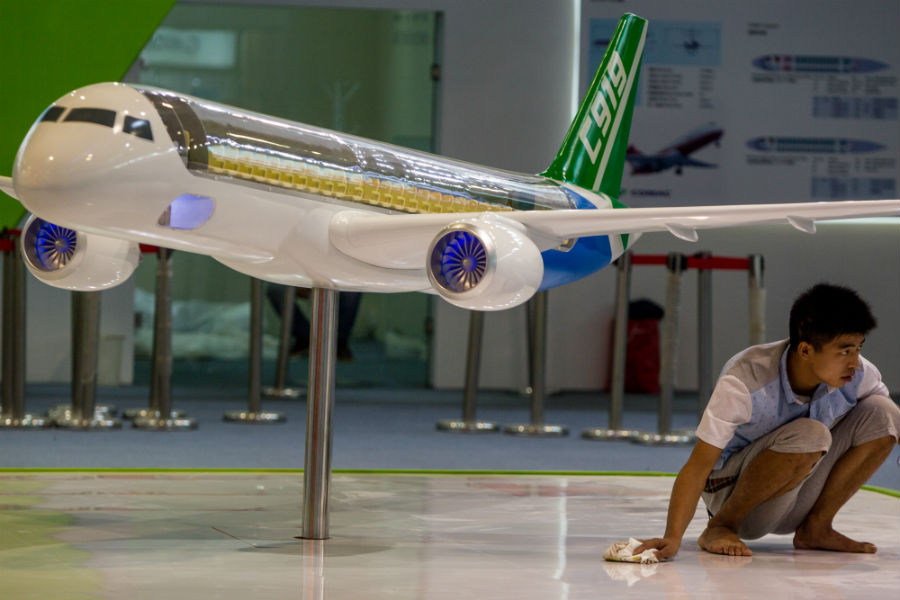 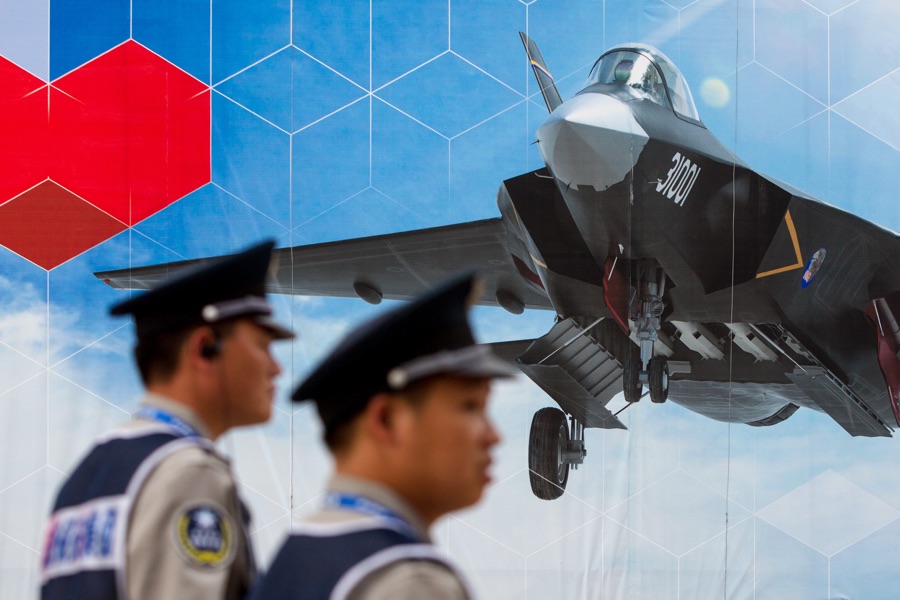 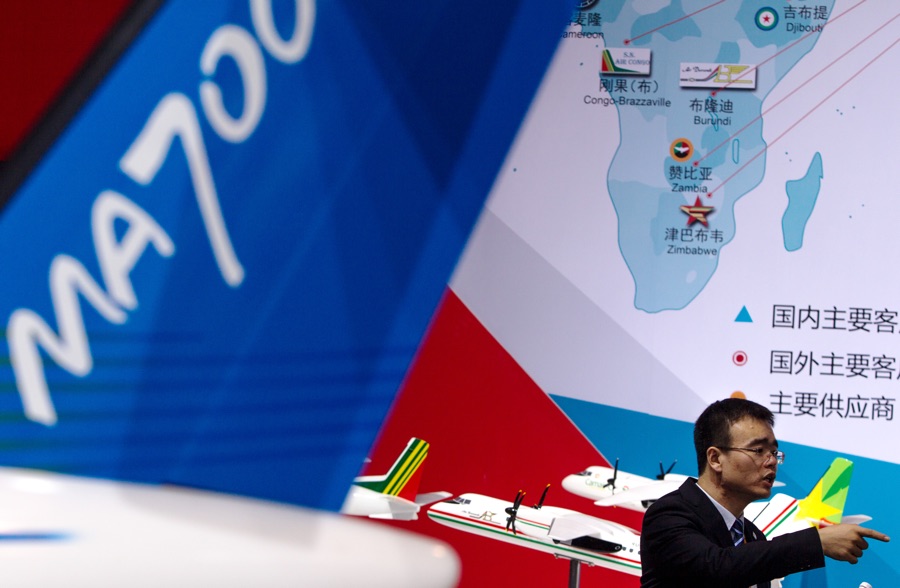 The most ambitious product of the Chinese civil aviation industry is the mid-range C919. C is the first letter in the word China and COMAC (the manufacturer). In order to prevent serious delays in the project, COMAC relied on more experienced engineers who had previously worked on the ARJ21, and to make everything easier, they got rid of the composite wing popular with Airbus and Boeing. Neither the 737MAX, nor the A320Neo have a composite wing. The goal is to get the C919 in the sky in 2015. In the meantime, mass production is beginning: it will be necessary to build several test aircraft. Building several test aircraft is not mass production. Some experts have expressed skepticism, saying that this niche is the most competitive while COMAC lacks experience in production and sales. That's why there is no margin for error, but the Chinese have no fear of either mistakes or copying others shamelessly.

The Chinese habit of copying and counterfeiting is known throughout the world. At one time the Chinese made Adidas tracksuits, then switched to Prada handbags, and finally got around to airplanes. The Chinese aren't shy: they would buy an Airbus A320 or Sukhoi Su-27 and disassemble them to create a template to make their own. If you look closely at Chinese aircraft – they're copies of many existing planes. However, it's one thing to sculpt a similar shape, and quite another to master the technology, which is especially evident in the dramatic development of engines.

A big portion of Chinese-built airplanes are often reverse engineered Western / Soviet designs
The Chinese don't produce engines and have no alternative but to work with experienced companies like CFM, General Electric, Snecma, and Pratt & Whitney. Foreign aircraft manufacturers know how liberally the Chinese interpret copyrights, but they don't make an issue of it (at least out loud). China, with its rapid economic growth (7.7% in 2013) is a very attractive market, so other methods are more effective, such as selling planes in large quantities and developing joint ventures. In 2008, Airbus launched a final assembly line for the A319 and A320. Planes are assembled in China and sold both in China and across Asia. With orders from the European consortium parts of the wing, tail section and rear emergency door are also produced in China, while various accessories are made for almost the entire line of Boeing aircraft.
Bombardier is also interested in China. The Canadian company is confident that turboprops have a "good future" in China, for example the Q400. However, the company has pushed to open a local assembly line due to protective duties of 17%. The government introduced the duties on foreign regional jets to encourage local carriers to buy domestic Chinese-made aircraft. In China there's no debate: the aviation industry is state-owned, as are the airlines, the Communist Party gives the order and there's a sale. Suddenly 278 ARJ21 aircraft and 430 C919s are ordered.
China, with a market that every company dreams of entering, is not fighting for status as the third aviation power
The Chinese Government is focused on the domestic market for air travel. Boeing understood this noting the weak demand for the long-haul B787 Dreamliner. The COMAC forecast for 2014-2033 notes that active development of low cost local carriers began in 2013. Passenger traffic is projected to increase by 6.8% over the next ten years, the highest rate in the world followed by 5.9% for Russia and the CIS. That, in turn, will facilitate urbanization and economic growth. China, with a market that every company dreams of entering, is not fighting for status as the third aviation power. Focused inward, the Chinese have no interest in any rankings.

In this context, UAC President Mikhail Pogosyan's statement that the company is in negotiations with China to supply the regional Sukhoi Superjet 100 and "has come a long way in the matter" is curious. It's evident from the Air Show 2014 that China has enough such aircraft. However, the country may buy some as an add-on to the Su-35 purchase. In general, China is not opposed to buying the Sukhoi Su-35 advanced jet fighter, which was flying at the Air Show. Only a mockup of the Superjet was on display. Nonetheless, the Chinese want only a few fighters.
Russia is strongly opposed, knowing that the Chinese only want the aircraft to take apart and copy. Bargaining has been going on for a long time, and who knows what the outcome will be. The country has long discussed launching a project to create a wide-body aircraft. One of the stumbling blocks is who will be the principal in the project. Now that Russia is at odds with Europe and the United States, and those countries have introduced sanctions against Russia, the ball is in China's court. With oil and gas, China enjoys a favorable balance of power. Why should it rush into other areas? And yet a vigilant Russian aircraft engineer removed several curious Chinese with cameras from the cockpit of the Su-35, demanding they delete their photographs. You never know what they are, after all, they can rip off designs from photos as well.
Tweet